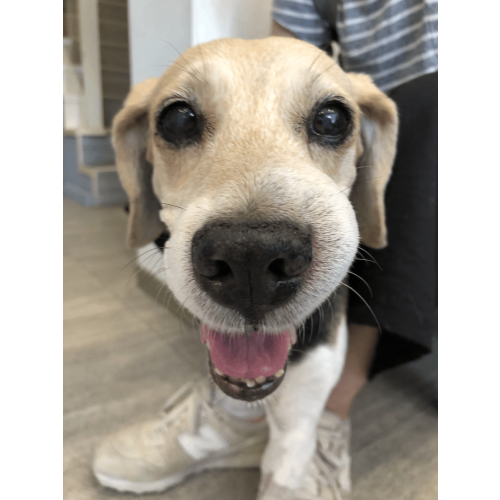 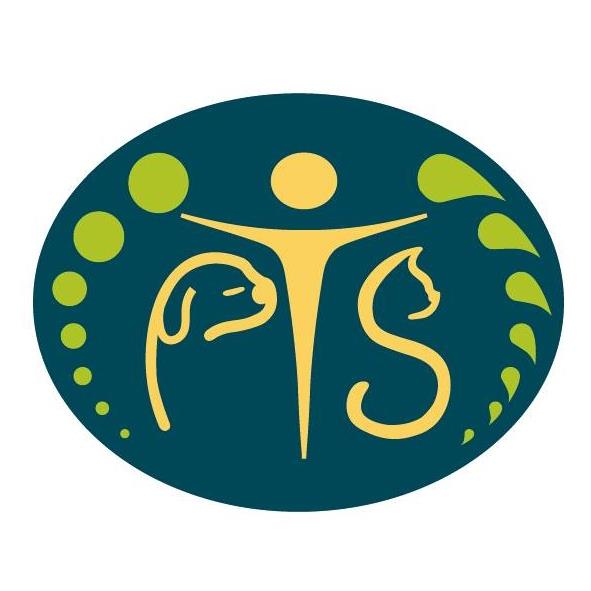 Case background:
In May 2020, the owner discovered osteosarcoma on Mio’s right forelimb. Mio underwent surgical amputation (right forelimb) at WellcareVet Animal Hospital. In June, the owner again discovered that a lump on Mio’s upper jaw and she occasionally coughed. After Needle biopsy and tumor cell staining, it was diagnosed as malignant soft tissue sarcoma which had resulted in palate erosion, causing oronasal fistula, so Mio was prone to having chyme entering into nasal cavity, choking and coughing when eating. 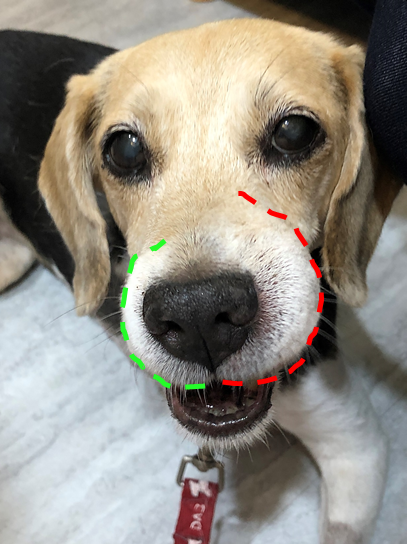 The malignant soft tissue sarcoma in Mio’s oral cavity maxilla portion caused the appearance of the left jaw to be more swollen than the right side. 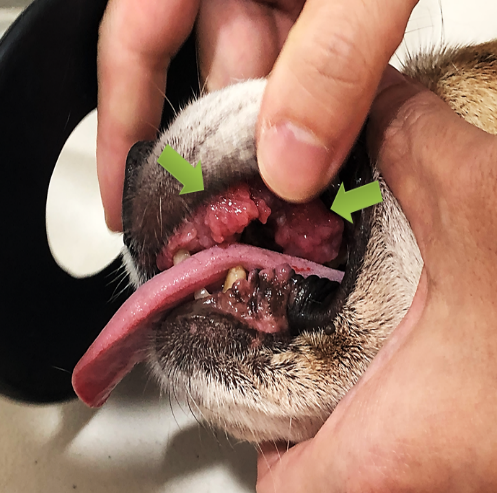 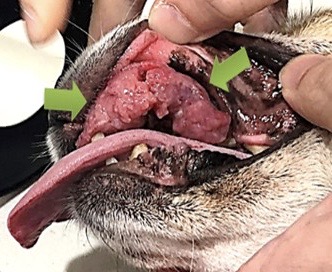 Tumor type before the administration of PTS intratumoral injection, with a volume of approx. 13.97 cm3 soft tissue sarcoma in oral cavity palate section. 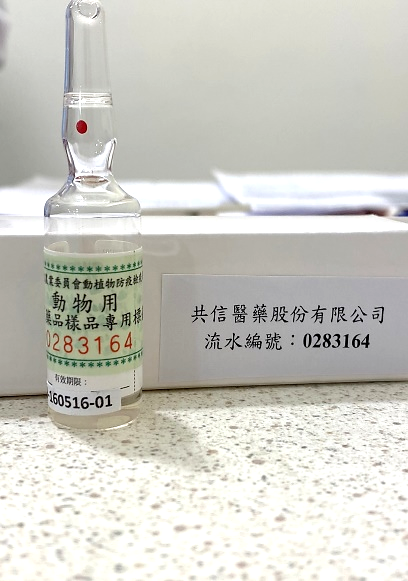 Changes in appearance of upper jaw 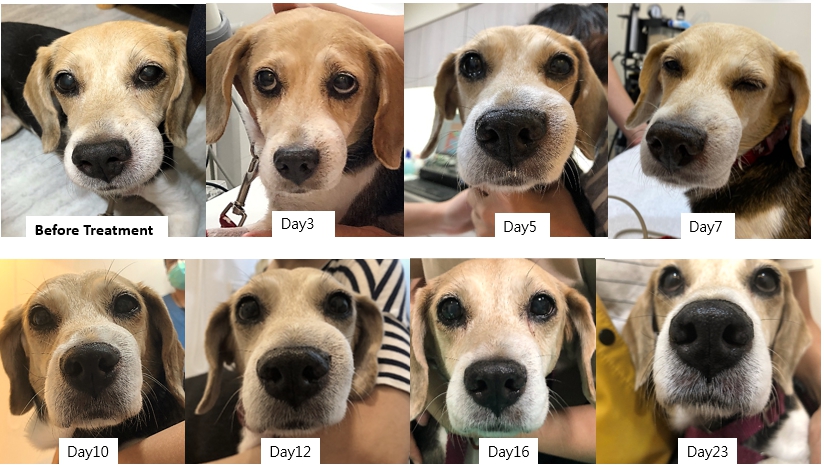 Changes in appearance of tumor on one side of mouth 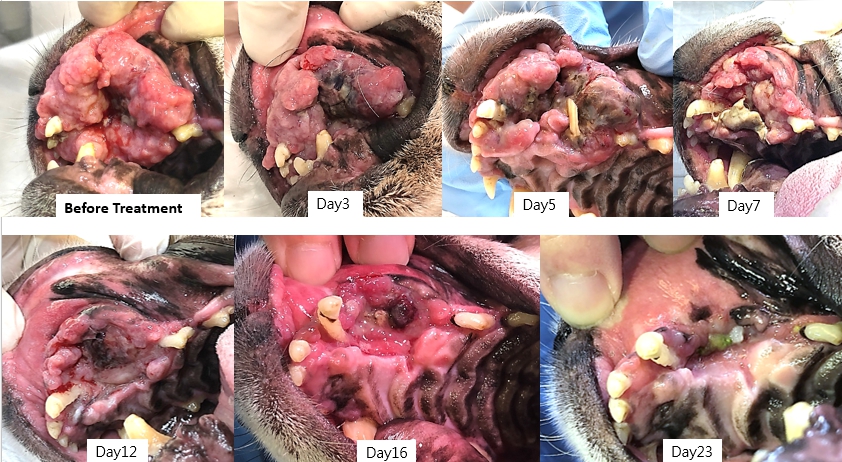 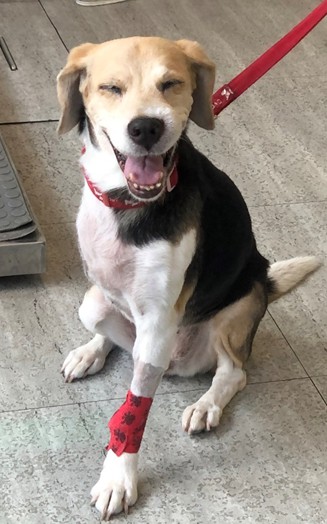 After completing six courses of PTS intratumoral injections, the malignant soft tissue sarcoma in Mio's upper jaw has completely ablated and fallen off. During the PTS treatment, Mio did not change her original diet habits or daily routines. And after tumor ablated and fell off, no wounds were left locally. In addition to reducing the risk of infection, no burden was imposed on the owner in terms of caring for Mio. The Pet Care Division is honored to have gained the owner’s trust, so that Gongwin Biopharm could provide more treatment options for pets suffering from tumors. The pet care division of Gongwin Biopharm will continue to make every effort to contribute to the treatment of dogs suffering from tumors.