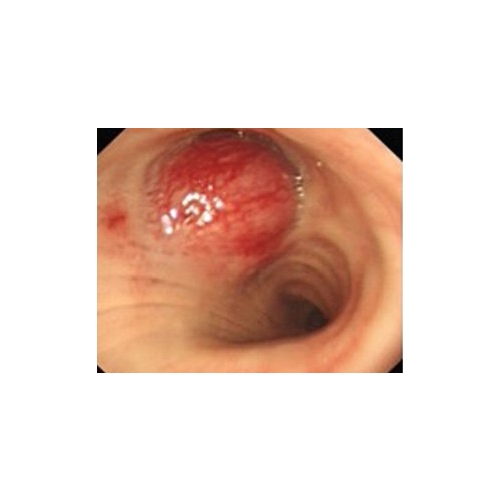 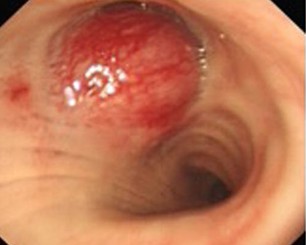 Adenoid cystic carcinoma (ACC) of the airway is a rare form of non-small cell lung cancer (NSCLC), and it usually occurs in the ducts of the mucous glands of the main trachea. ACC predominately grows in the trachea, frequently presenting with obstructive airway symptoms. Due to this growth pattern, patients most often present with dyspnea, followed by other upper airway obstruction symptoms, including life-threatening malignant airway obstruction (MAO) with respiratory failure.

Adenoid cystic carcinoma (ACC) is a rare type of non-small cell lung cancer (NSCLC) that occurs in the main trachea. ACC is characterized by slow growth but high recurrence, and it is often found when the patient has symptoms of airway obstruction. Patients with ACC often experience breathing difficulties and other symptoms of upper airway obstruction. The disease may develop into life-threatening malignant airway obstruction (MAO) and respiratory failure.

Due to its complicated clinical course and vague etiology, medical therapy is not standardized for ACC. Radical excision and postoperative radiation is often utilized for locoregional control for early stage disease. Repeated local recurrences after surgical resection are common (the complete resection rate was only between 42 and 57%). The five-year post-resection survival rate is reported as 52%, and that of inoperable ACC patients, 33% (Gaissert, H.A. et al. 2004).

Patients with inoperable or locally advanced ACC treated with systemic chemotherapies commonly demonstrate an objective response rate (ORR) below 10% and a median progression-free survival (PFS) of less than 10 months. Patients with metastatic ACC do not respond well to systemic chemotherapy (ORR between 0% and 11%). The median PFS in this subgroup is between 4.8 and 11.3 months and the median overall survival is reported to be between 21 and 35 months. Current studies demonstrated that locoregional recurrence was significantly associated with an overall survival. Effective treatment options for ACC, especially in cases with inoperable MAO, are clearly needed.